Welcome to Adansonia’s final edition of Izindaba for 2019. We hope that you will find the articles contained in the newsletter of interest.

The Adansonia Group would also like to take this opportunity to wish you a very happy festive season and prosperous 2020. 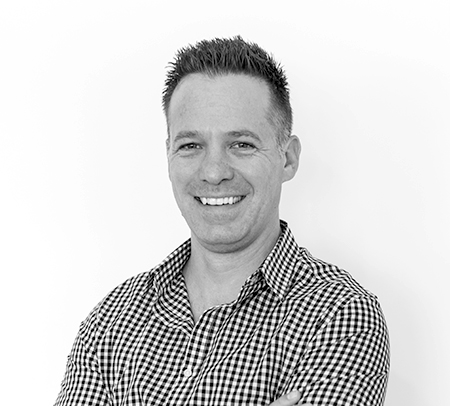 Wickus Smit joined Adansonia as Business Development Director in 2019; in conjunction with the establishment of the TWM Private Equity trading platform, in partnership with Adansonia Holdings.

Wickus completed his internship at Naudes Attorneys (now Phatshoeane Henney Attorneys) in Bloemfontein and was admitted as an attorney of the High Court of South Africa in 2001.

Wickus was appointed director of Naudes when he moved to Johannesburg in 2006 to establish the firm’s offices in Johannesburg and specialised in local and international commercial fields, focusing on international trade and commerce.

Wickus has been involved in the structuring and implementation of various international fiduciary and trading operations since 2002, and he was a member of a management buyout of a private equity trading platform in Jersey which relocated to Mauritius in 2016.

Wickus is a South African citizen and is married to Mari with 2 children. 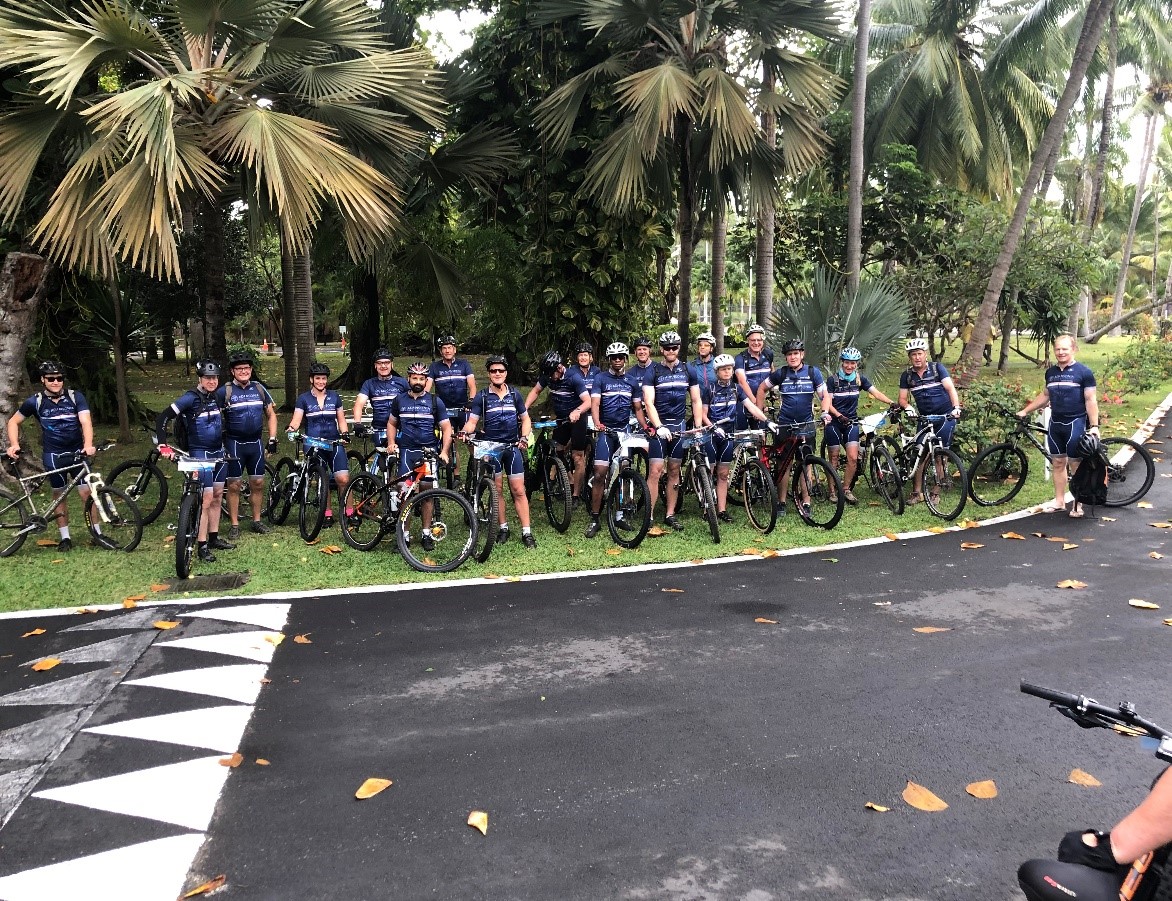 Registrations for the 9th edition of the Adansonia Cycle Tour Ile Maurice are now open; we are limiting entries to 30, so unlike the ride itself, you’ll have to be fast!

We are excited to announce our guest rider this year, Ron Rutland, who recently rode 20,000 km over 230 days from London to Tokyo Stadium to deliver the match whistle to referee Nigel Owens for the opening match of the Rugby World Cup 2019 (all in support of the Springboks of course). Ron has previous epic rides to his credit, including a ride from Cape Town to London crossing every country in Africa, and a walk across Mongolia carrying a bag of a golfer who hit a golf ball over 2 000 km setting a world record for the longest hole ever played.

For more information and to reserve your place,

TWM Capital LP (“TWM Capital”) provides a platform for international trading businesses to develop and enhance their global trading activities in a cost effective and scalable way, through its well-established infrastructure, which offers “pillar to post” in respect of what is required to transact globally.

TWM Capital has built up a diversified network of trading businesses as a result of years of experience in amongst others, trade finance, structuring and risk analysis, and continues to grow these businesses in collaboration with various trading partners all over the world.

If you would like to learn more about the trading platform, please feel free to contact Wickus Smit (wickus.smit@adansoniamanagement.com).

UPDATE ON NEW REGULATIONS UNDER THE INCOME TAX ACT

The Income Tax (Amendment No.2) Regulations 2019 (thereafter referred to as the “Regulations”) were passed on 20 August 2019 to provide clarity on conditions to be met by resident companies to avail of the Partial Exemption Regime (“PER”). The Regulations also clarify the Controlled Foreign Company legislation introduced by the Finance Act 2019 as well as stipulates the conditions to be met by a Freeport operator or private Freeport developer engaged in the export of goods or manufacturing activities to benefit from the reduced tax rate of 3%.

The Regulations are deemed to come into operation on 1 July 2019. Please read below a summary of the salient changes made by the Regulations.

Conditions for eligibility to Partial Exemption Regime (PER)

Among the changes brought about by the Finance (Miscellaneous Provisions) Act 2019, Global Business Companies (“GBCs”) shall now be required to carry out their Core Income Generating Activities (“CIGA”) in, or from, Mauritius, as required under the Income Tax Act. This implies that the CIGA requirement now falls under the purview of the Mauritius Revenue Authority (“MRA”).

According to the Regulations, Mauritius resident companies (which include GBCs) generating the following streams of income qualify for the PER:

if they adhere to the following conditions (the “Conditions”):

It is further noted that GBC’s may outsource any relevant activities to third party service providers, management companies for instance, provided that:

While the Regulations shed light on the conditions to be met by GBCs to avail of the PER, they nevertheless raise question marks over those that generate income falling outside of the PER scope, for instance trading income, consultancy income etc. It is unclear if these companies will still be required to adhere to the Conditions.

It is also noted that foreign sourced dividend income that has not been allowed as a deduction in the country of source and which benefits from the PER is precluded from the list of income streams for which the Conditions would have to be met in order to claim the partial exemption.

More clarifications will also be needed on whether the MRA will assess the conditions from a Group level.

The CFC Rules were introduced earlier this year under the Finance Act 2019 and will be effective as from 1 July 2020.

A CFC is defined as a company which:

* associated enterprise means an individual or entity in which the company holds directly or indirectly at least 25% of the participation rights/capital ownership or is entitled to receive at least 25% of its profits.

Where the non-distributed profits of a CFC are deemed to have arisen from non-genuine arrangements which have been put in place for the main purpose of obtaining a tax benefit, that income shall be accounted as part of the chargeable income of the resident parent company.

Arrangement(s) will be regarded as non-genuine if the CFC would not have owned the assets or would not have undertaken the risk associated with all or part of its income generation if it were not controlled by a company where the people functions, relevant to the assets and risks, are carried out and are instrumental in generating the CFC’s income.

CFC rules will not apply in the following instances, where:

Following the second Enhanced Follow-up Report & Technical Compliance Re-rating of Mauritius published on 21 October 2019 by the Eastern and Southern Africa Anti-Money Laundering Group (ESAAMLG), Mauritius has been found to be largely compliant or compliant to 35 of the 40 FATF Recommendations, including the Big Six Recommendations.

On 10 October 2019, the Economic and Financial Affairs Council of the European Union has found Mauritius to be compliant with all commitments on tax cooperation. Mauritius has implemented ahead of schedule all necessary reforms to comply with EU tax good governance principles. http://www.govmu.org/English/News/Pages/Mauritius-compliant-with-EU-Tax-Good-Governance-Principles.aspx

The Economic Development Board (‘EDB”) has announced the introduction of the Long Stay Visa whereby any non-citizen who has acquired an apartment found in a building of at least two floors above ground floor for a price exceeding USD 500,000 or its equivalent in any convertible currencies may apply for a long stay visa.

A long stay visa allows a non-citizen and his dependents to stay for a consecutive period of 10 years, renewable depending on the status of ownership. It remains valid so long as the non-citizen holds the apartment.

The application for the long stay visa should be made through the EDB.

We wish to inform you of the following office closure dates:

Prev PostQuarter 4 – 2019
Next PostQuarter 1 – 2020
We use cookies on our website to give you the most relevant experience by remembering your preferences and repeat visits. By clicking “Accept All”, you consent to the use of ALL the cookies. However, you may visit "Cookie Settings" to provide a controlled consent.
Cookie SettingsAccept All
Manage consent

This website uses cookies to improve your experience while you navigate through the website. Out of these, the cookies that are categorized as necessary are stored on your browser as they are essential for the working of basic functionalities of the website. We also use third-party cookies that help us analyze and understand how you use this website. These cookies will be stored in your browser only with your consent. You also have the option to opt-out of these cookies. But opting out of some of these cookies may affect your browsing experience.
Necessary Always Enabled
Necessary cookies are absolutely essential for the website to function properly. These cookies ensure basic functionalities and security features of the website, anonymously.
Functional
Functional cookies help to perform certain functionalities like sharing the content of the website on social media platforms, collect feedbacks, and other third-party features.
Performance
Performance cookies are used to understand and analyze the key performance indexes of the website which helps in delivering a better user experience for the visitors.
Analytics
Analytical cookies are used to understand how visitors interact with the website. These cookies help provide information on metrics the number of visitors, bounce rate, traffic source, etc.
Advertisement
Advertisement cookies are used to provide visitors with relevant ads and marketing campaigns. These cookies track visitors across websites and collect information to provide customized ads.
Others
Other uncategorized cookies are those that are being analyzed and have not been classified into a category as yet.
SAVE & ACCEPT